Kristal, Jessie and Kadie tagged me with the Stylish Blogger Award. Thanks! That's extremely sweet, especially since I'm anything but stylish. Unless ofcourse going out for dinner in your Vibram Fivefingers is considered stylish...in which case I would be 'da bomb' in the stylish department. ;) 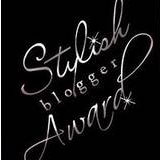 The rules?
1. Thank and link back to the blogger that awarded you with this award - DONE! :)
2. Share 7 things about yourself.
3. Award 7 other bloggers.
4. Contact these bloggers and let them know about the award.
I'm going to follow the Redhead on this one and give you 7 (mostly embarrassing) photos of moi. And beware, these photos are solid proof that I am not stylish...at all. So, here we go, whether you like it or not. ;)
1. 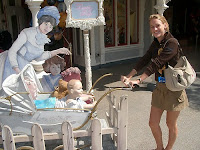 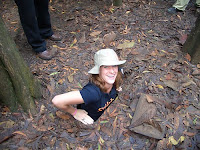 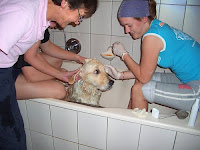 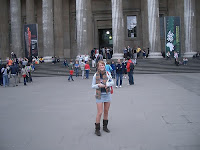 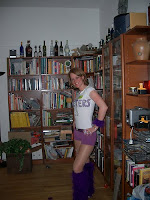 Email ThisBlogThis!Share to TwitterShare to FacebookShare to Pinterest
Labels: i'm a weirdo

Dressing up like "Zwarte Piet" would get you beat up in America. Especially in the neighborhood that I went to school at. That costume would be just a little politically incorrect in America.

Purple fuzzy, leg warmers and wrist bands?!?! I'm not touching that one. It's too easy. It's kind of stylish! A style of it's own.

Short skirts and shorts. LOL Again I am not touching that one. It's too easy.

So funny! Thanks for sharing.

I love embarassing pictures. Thanks :D

Haha, don't worry. You look good no matter what you wear Christel. you're my style guru! :-)

@ Kevin: You're American! How could you possibly know about 'Zwarte Piet'? That's a Dutch thing, mista. ;)

@ Zoe: Those ski pants will follow me in my dreams for the rest of my life...

My Grandma was Dutch.

He was a helper (slave) to St Nick. Some say he was the devil enslaved by St Nick.

According to Wikipedia Norwegians "blackening their faces, wearing afro wigs, gold jewelery and bright red lipstick, speaking in a Surinamese accent, and walking the streets throwing candy to passers-by".

"The lyrics of traditional Sinterklaas songs and some parents warn that while Sinterklaas and his Zwarte Pieten will leave well-behaved children presents, they will punish those who have been naughty. For example they will take bad children and carry these children off in a burlap sack to their homeland of Spain, where, according to legend, Sinterklaas and his Zwarte Pieten dwell out of season. A child who has been only slightly naughty will not get a present, but a birching with a "roe", which is a bundle of birch twigs."

@ Kevin: Hahahaha! You manage to amaze me and make me laugh out loud at the same time. :)

HAHA! That was the best post I've seen to this award!!